Home > Tour de Feminin has been suspended for this year due to the worsening economic situation.

Tour de Feminin has been suspended for this year due to the worsening economic situation. Next year it will return stronger and with more attractive date, promises its director Simona Davídková 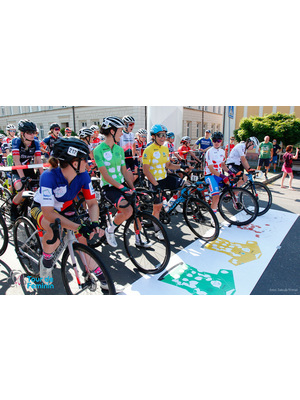 Tour de Feminin, Women's cycling stage race planned for late June and early July in the surroundings of the North Bohemian town of Krásná Lípa, will not take place this year.

"For us, this means an immediate budget increase by forty percent and we simply cannot do that so quickly," says Simona Davídková, the director of the event. The four-stage race, which was supposed to take place for the 34th time, has been postponed for the second time in the last three years. "But I believe we will come back stronger next year," she adds.

The race, which attracted over 140 competitors from 16 countries last year, will not be held for the second time in three years. In 2020 it was because of covid. What are the reasons this year?

We told ourselves that if we could survive covid, we can survive anything. But the current situation, which is increasingly complicated, plays a big part in that. The war in Ukraine has come, combined with inflation, and almost all costs are getting more expensive. We have received confirmation quotes for teams’ accommodation and food, which are 40 per cent higher than they were in January. Fuel prices are also going up. In addition, a lot of cheaper accommodation is now occupied by Ukrainian war refugees.

How hard was it for you to cancel it for this year?

We already discussed these circumstances at the first organization meeting in January. The after-covid economical situation was not healthy in general. It had been agreed that at the end of April the final decision had to be made. If we had not been able to cover the costs, we would have been forced to suspend the race. That decision was very difficult for me. We made the final verdict on Friday, April 29. We don't want to get stressed. We decided to sacrifice one race, so that we can come back stronger next year.

Due to the worsening economic situation, Škoda Auto dropped its general partnership after one year. Were there any negotiations with other partners?

Yes. We were about to sign a new general partnership, but as new fuel prices came into it, this potential partner got into trouble itself. Unfortunately, the smaller partners also refused the sponsorship this year due to the economic problems of their companies. In addition, the race has been removed from the program named “Rodinné stříbro Ústeckého kraje”, which took us somewhat by surprise. There was still a theoretical possibility to get the grant from the Ústí nad Labem Region, but this application could be discussed at the regional council only three days before the start itself. And that is very late in the context of the race.

What about the Czech Cycling Federation?

We have of course contacted the Czech Cycling Federation, but they are unable to help us in any way. The only thing they could do for us was to confirm the event under the banner of the CSC as a document for a possible grant application at the National Sports Agency. This year they announced the subsidy title for major sporting events very late and we would also not have a decision by the start of the race. The call is usually launched in November of the previous year, but after the elections to the Czech Parliament everything took longer...

At what stage were the preparations?

The preparations were going according to plan exactly, so that the race could start in two months. After last year's successful year, we had 41 teams registered from Australia to America and of course Europe. There were UCI continental teams, national teams, and European clubs. The race was going to be similar to last year's race where we had set the standard really high.

So you wanted to confirm it.

Yeah, and next year ask to move from the second class of the race to the first. That would also mean reaching out to other teams or getting more media interest and things like that. There's another change that comes with that, and that's the date of the race.

Will there be a new one?

It is connected with the new race strategy. The organizing team has agreed with the mayors of the towns in our region that the race date would not be during summer holidays. The reason is obvious, in the tourist season it is not easy to deal with hotels and guesthouses. So we are considering moving it to May or June. Many towns and villages want to participate in the financing of the race, even more than before. They have allocated more money this year, but we are still talking in the tens of thousands and the budget for a four-day race is in the millions.

This year the race was to run from June 30 to July 3. Aren't you worried that it will be hard to get back to the UCI calendar next year?

No, I'm not. I've checked the UCI race calendar and I think there should be no problem with the UCI allowing a new date. There are a lot of teams that want to race and they do not have that many options at the moment. Since we are forced to discontinue the race this year, it may delay the desired move up a higher class.