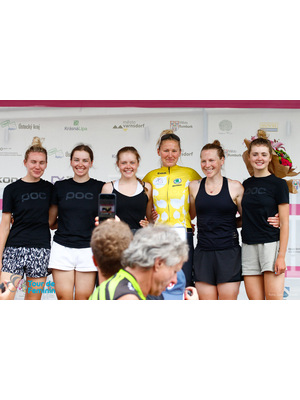 British rider Joscelin Lowden from team Drops LeCol won the final stage of the Tour de Feminin 2021 and the entire 33rd edition of the race.

The thirty-three-year-old cyclist reached the finish in Krásná Lípa after a nearly sixty-kilometre breakaway with a five-minute lead over Frenchwoman Morgane Coston. She moved up to silver in the overall standings, with the bronze going to the previous race leader, German Corinna Lechner of the Stuttgart team.

The best Czech rider so far, Nikola Noskova, withdrew at the beginning of the stage due to a fall and an injury, so the best of the domestic riders was the 21st Czech champion Tereza Neumanova.

The British rider had already finished a close second in the opening time trial on Thursday, but after Friday's stage she was already wearing the yellow jersey. However, Lechner deprived her of it on Saturday in Rumburk and so she tried to win it again in the final royal 114.6-kilometre stage.

"The plan was quite clear. We knew it was a very difficult stage and every result counts for the overall standings. Each of my teammates had their tasks and they did them perfectly," said a happy Lowden at the finish line.

She broke away from the peloton with more than 60 kilometres to go. She also won five of the nine climbing premiums and in addition to the yellow jersey, she also won the polka dot jersey of the best female climber.

At the finish, she had more than a five-minute lead over France's Coston, who also rode solo at the end of the race and took silver overall. Spain's Patricia Ortega Ruiz of Massi Tactic finished third in the stage.

It was Lowden's first time racing in the Czech Republic and she enjoyed the action in the north of the country. "It was a tough race, but the crowd at the course completely captivated me," she added.

Lechner, the German leader so far, did not catch the pace of the British rider in the hills of the Lusatian Mountains (the cyclists climbed a total of 2136 metres) and reached the finish line eight minutes behind the chasing group. Nevertheless, she eventually secured at least 3rd place.

It was very unlucky for the Czech girl Nikola Noskova. The national team rider, who had made no secret of her ambitions to finish in the top 3 in the overall standings and win the overall title, had a fall on the climb to the first climbing premium, injured herself, had to withdraw from the race and headed to the hospital in Děčín for an examination.

The title of the best Czech woman in the overall standings went to Tereza Neumanova in 21st place, with Nikola Bajgerova from Dukla only one position behind her.

"It was the final preparation for me before the Olympics. I am glad that I always finished in the first group, which was not so difficult. During my first participation four years ago it was a fight for survival, now I liked it much more. I have more experience now," said Neuman. She is looking forward to the Tokyo Olympics. "Profile-wise, the track should suit me. But I won't say my goals out loud," smiled the 22-year-old Czech. 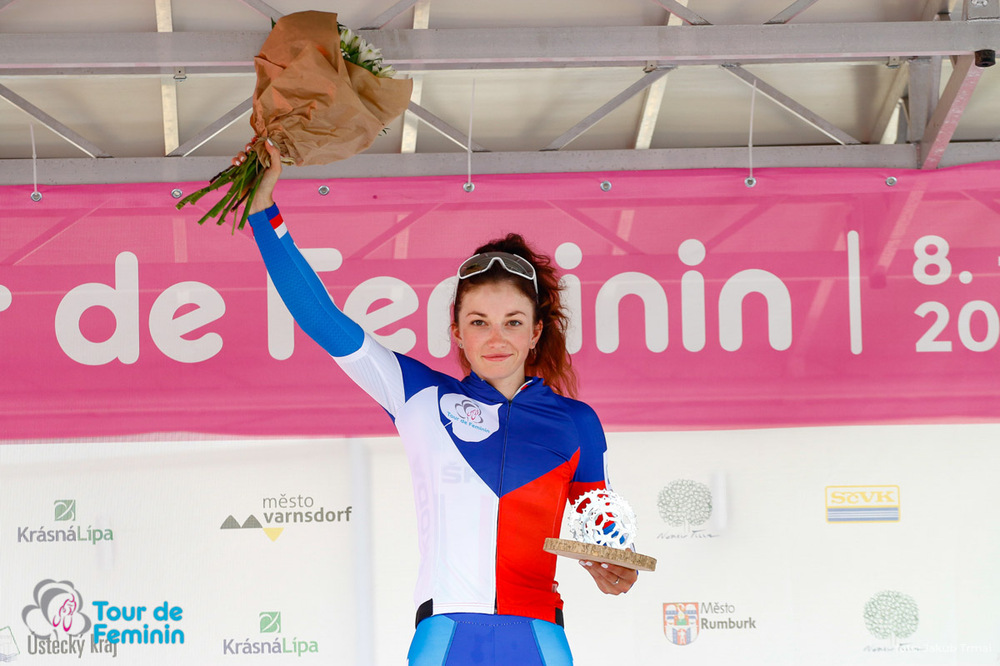 In the end, only 58 cyclists made it to the finish line of the final stage, out of the 141 cyclists who presented themselves at the start of Thursday's time trial.

Race director Jan Novota, whose team took over the organisation from race founder Jiří Vích after 32 years, was satisfied with the race.

"It was a great challenge to organize a UCI race. We thank Jiri Vích for handing over the race to us and for allowing us to continue. We think it makes sense and the spectator atmosphere confirmed it. We believe that the participants were also satisfied," Jan Novota evaluated his first year as the head of the organizing committee. He thanked the hundreds of organisers and sponsors without whom such a mammoth event could not have taken place.

The race director - international judge Simona Davídková - was also satisfied. "As a referee, I sometimes give the organizers a hard time for every little thing and detail and now I have tried it from the other side. So, Mr. Vích, I bow to you. Now we will try to take over and improve it and we will be glad if you spectators will support us and come and see us again," concluded Davídková.

Cut from the stage